Today, we’re continuing our blog series on new features in RStudio 1.2. If you’d like to try these features out for yourself, you can download a preview release of RStudio Pro 1.2.

We’ve added some great new features to RStudio Pro for v1.2, which includes not only Server Pro, but also the new and improved Pro Desktop. Let’s get started!

Perhaps the biggest new change in v1.2 is the Job Launcher. This allows you to run RStudio sessions and ad-hoc R scripts within your already existing cluster workload managers, such as Kubernetes, allowing you to leverage your existing infrastructure instead of provisioning load balancer nodes manually. At release, we will support the following clusters:

The following diagram shows an example of how you can use the Job Launcher with Kubernetes to painlessly scale RStudio Server Pro across potentially hundreds of nodes.

When starting RSP sessions via the Launcher, users will still use the same home page that they are familiar with, but will have additional options for controlling the creation of their sessions within your distributed environment of choice. 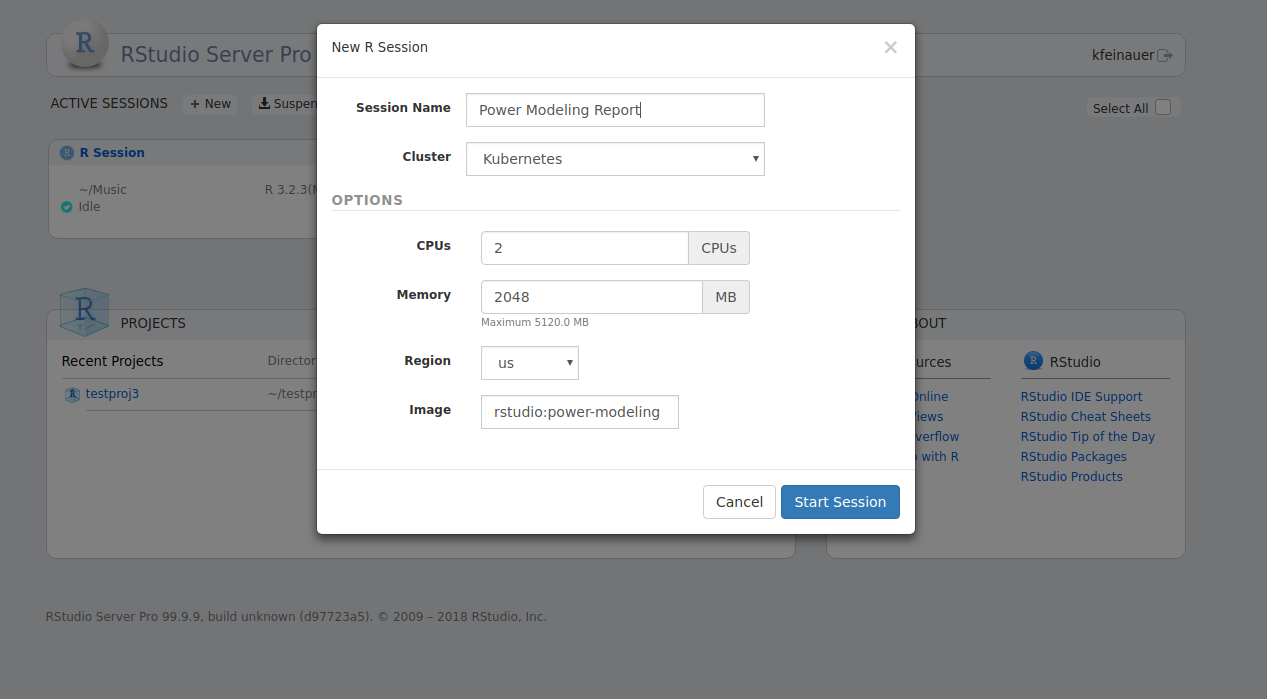 We determined that most RSP users were already using Slurm and Kubernetes, so integration with them was added first. However, the Job Launcher is an extensible system that makes it fairly simple to develop plugins to target different cluster types. We plan to develop more plugins in the future, and would love to hear from you about what we should tackle next! At present, we plan to add support for LSF.

We’ve improved management of various versions of R within your environments, allowing you to:

When specifying a label, users will see the label on the home page, as well as within the session itself when accessing the version switch menu. The following screenshots show an example where the R version 3.1.3 was given the label My Special R Version.

For a more detailed guide on configuring R Versions, see the documentation.

We’ve added the ability to reload some of Server Pro’s configuration at run-time, without having to stop the server and interrupt users’ sessions. Currently, the following is supported:

In order to perform the configuration reload, simply edit the above files as desired and then send the SIGHUP signal to the rserver executable, like so:

With the release of RStudio v1.2 we are excited to announce the RStudio Pro Desktop, a fully licensed platform that provides enterprise users with an enhanced version of RStudio Desktop that comes with professional priority support. The Pro Desktop will be built on over time to include new capabilities and integrations with other RStudio professional products.

Pro Desktop now adds support for installing the RStudio Pro Drivers for connecting to various ODBC data sources, such as MongoDB, Oracle, and PostgreSQL (just to name a few!).

Connecting to a database is simple - just click on the New Connection button under the Connections pane, and you’ll be greeted with a dialog from which to select your database type. 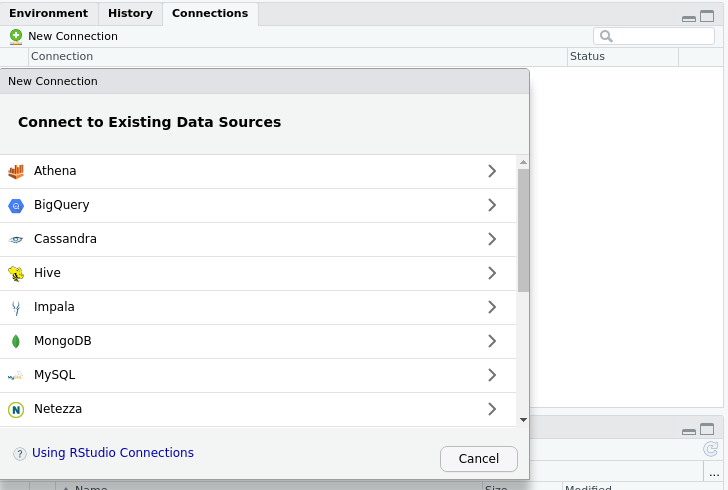 When connecting to a data source for the first time, you will be prompted to install the ODBC package. Simply click yes, and then you will be able to connect to many of the most popular databases available today! 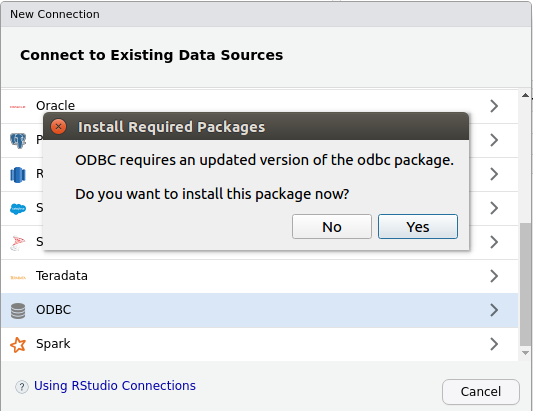 For more information on database connectivity within RStudio Pro, see the documentation.