Soon after the announcement of htmlwidgets, Rich Iannone released the DiagrammeR package, which makes it easy to generate graph and flowchart diagrams using text in a Markdown-like syntax. The package is very flexible and powerful, and includes:

We’re very excited about the prospect of creating sophisticated diagrams using an easy to author plain-text syntax, and built some special authoring support for DiagrammeR into RStudio v0.99 (which you can download a preview release of now).

DiagrammeR can render any DOT script. For example, with the following source file (“boxes.dot”):

You can render the diagram with: 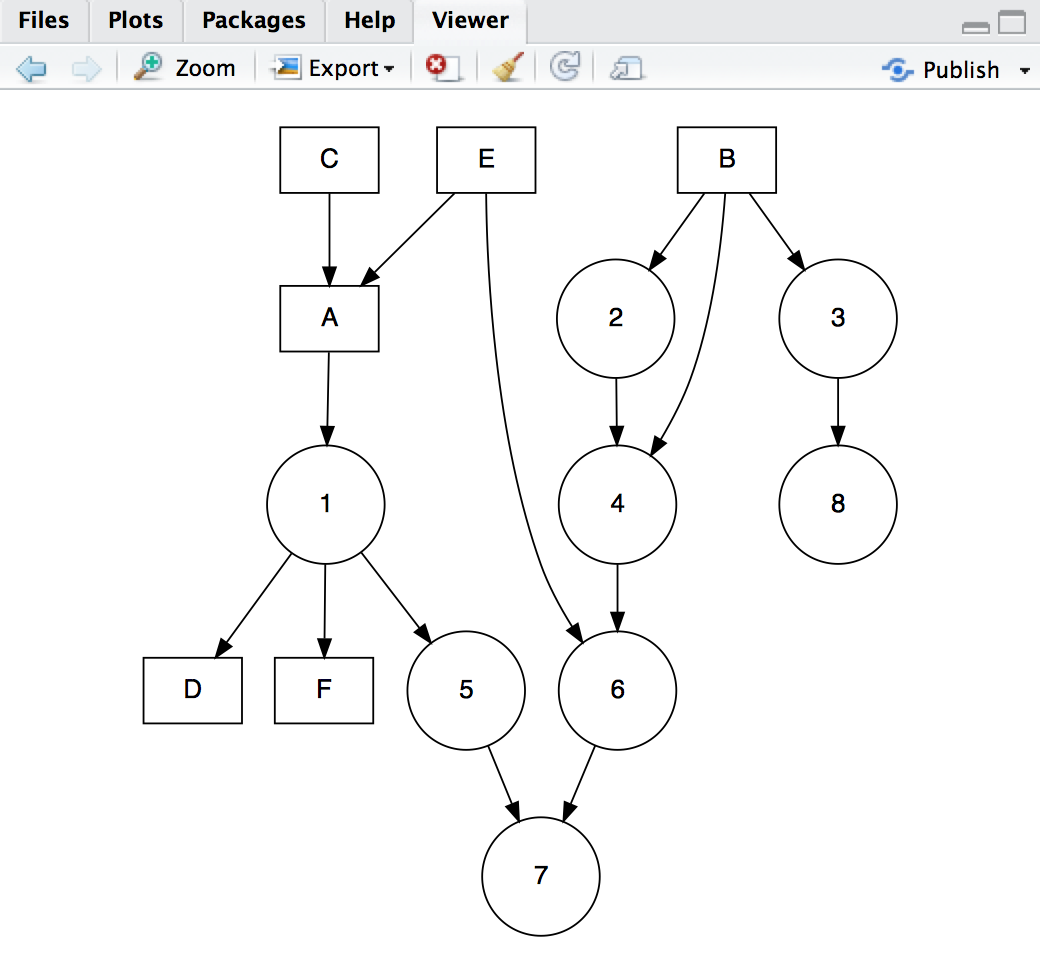 Since the diagram is an htmlwidget it can be used at the R console, within R Markdown documents, and within Shiny applications. Within RStudio you can preview a Graphviz or mermaid source file the same way you source an R script via the Preview button or the Ctrl+Shift+Enter keyboard shortcut.

This simple example only scratches the surface of what’s possible, see the DiagrammeR Graphviz documentation for more details and examples.

Support for mermaid.js in DiagrammeR enables you to create several other diagram types not supported by Graphviz. For example, here’s the code required to create a sequence diagram:

You can render the diagram with:

Both of the examples above illustrating creating diagrams by direct editing of DOT and mermaid scripts. The latest version of DiagrammeR (v0.6, just released to CRAN) also includes facilities for generating diagrams from R code. This can be done in a couple of ways:

Future versions of DiagrammeR are expected to include additional features to support direct generation of diagrams from R.

Diagrams created with DiagrammeR act a lot like R plots however there’s an important difference: they are rendered as HTML content rather than using an R graphics device. This has the following implications for how they can be published and re-used:

See the DiagrammeR documentation on I/O for additional details.

To get started with DiagrammeR check out the excellent collection of demos and documentation on the project website. To take advantage of the new RStudio features that support DiagrammeR you should download the latest RStudio v0.99 Preview Release.